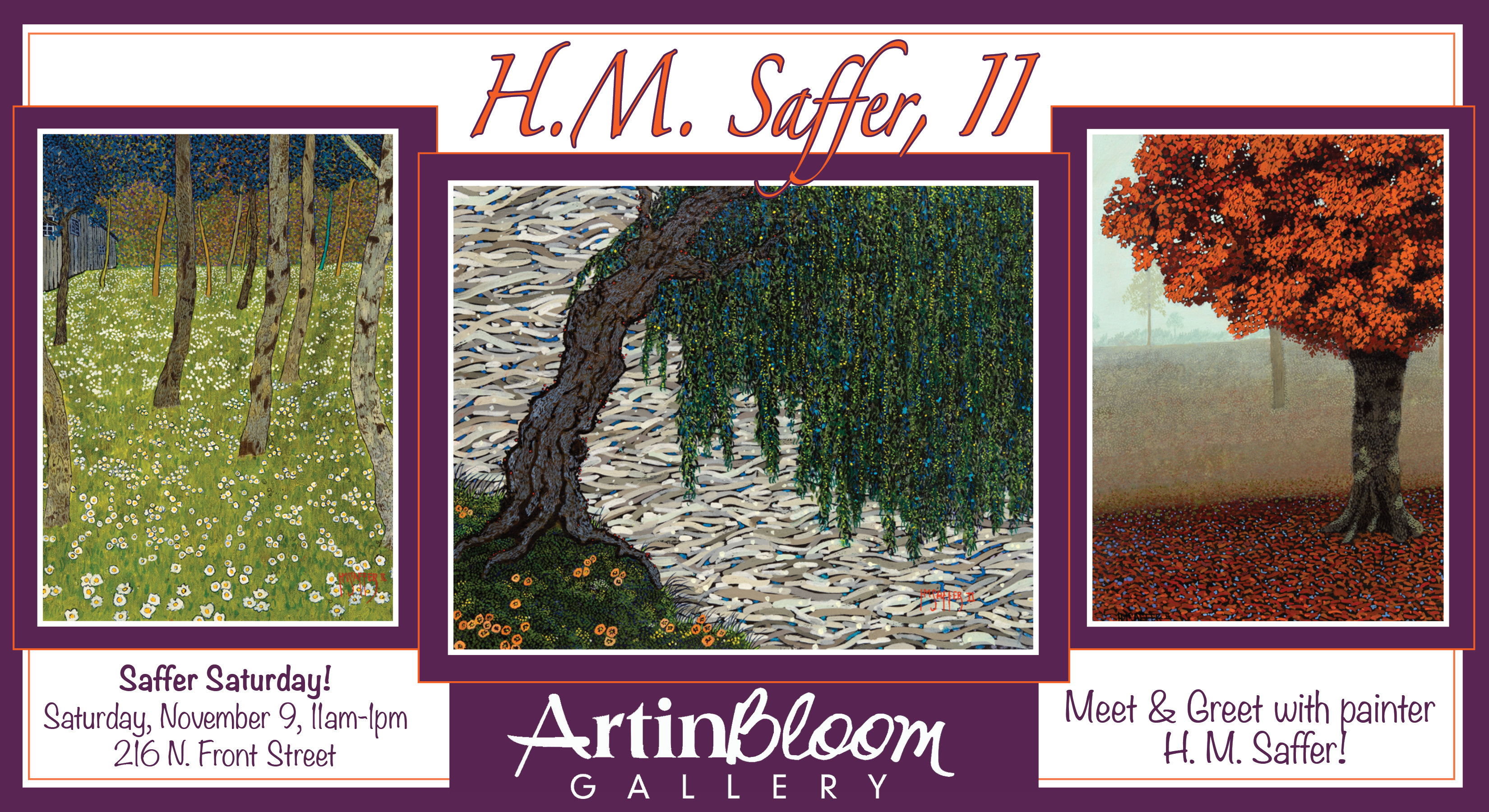 Join visiting painter, H.M. Saffer, II, at a special meet and greet on Saturday, November 9th from 11am until 1pm.  We are pleased to announce that H.M. Saffer is visiting Wilmington from his home in Craryville, NY.   He will be at “It’s About Time” Pop-Up Exhibit located at 216 N. Front Street (the former Expo 216 building) where he will be greeting customers and guests and talking about his work.

About the Artist
Born July 18, 1942 in Philadelphia, Pennsylvania, H.M. Saffer II launched his career by exhibiting his art at a public art show at the tender age of six.

HM has instructed at the Norman Rockwell Museum in Stockbridge, MA, Berkshire Community College, Columbia-Greene Community College, Osher Lifelong Learning Institute (OLLI), and the Art School of Columbia County (ASCC).  He currently has gallery representation both in the United States and Internationally.

This entry was posted on Saturday, November 9th, 2019 at 11:00 am and is filed under Special Event. You can follow any responses to this entry through the RSS 2.0 feed. Both comments and pings are currently closed.