When the news of the corona virus hit, I started watching TV news for the first time.  I was mesmerized.  Then I joined Facebook.  Facebook, that I had always eschewed, suddenly presented itself as a good idea: a way to stay in touch with friends and family now that everything was altered.  So between the vortex of TV News (several stations, and several narratives) and the rabbit hole of Facebook (endlessly addictive), I lost my motivation to go out to the studio and face my inability to focus on painting.

But one project did call to me… just a bit……..an idea that has popped into and out of my head a few times over the years:  I have accumulated so many used paint brushes –hundreds and hundreds of them. .  They’re no good for painting anymore, but I’ve never thrown them out, even when I stopped using them.  I’ve often thought they could be used someday, in some way, artistically, sculpturally, and so, this project began when I realized this was a different time now.  Sort of an interlude where we were all assessing things…What’s what? Where is this going?  What’s to come?

In my kitchen cabinet I have a large container of wheat flour that I never use.  I Googled “wheat paste”. I learned what to do. Rip up some newspapers.  Mix up the flour and water on the stove.

“I can give this brush a face”, I thought…so I began paper-macheing faces on my old paint brushes. Personifying them. One at a time…making new friends, out of old friends,  during the time of quarantine.

I’m waiting for the pegboard to arrive, so I can affix them to their place.  “Thank You For Your Service” will be the title.

This project has loosened me up to get back to painting….to turn off The News…to experiment again with paint on canvas…to play in present time….to see what unfolds, day after day. 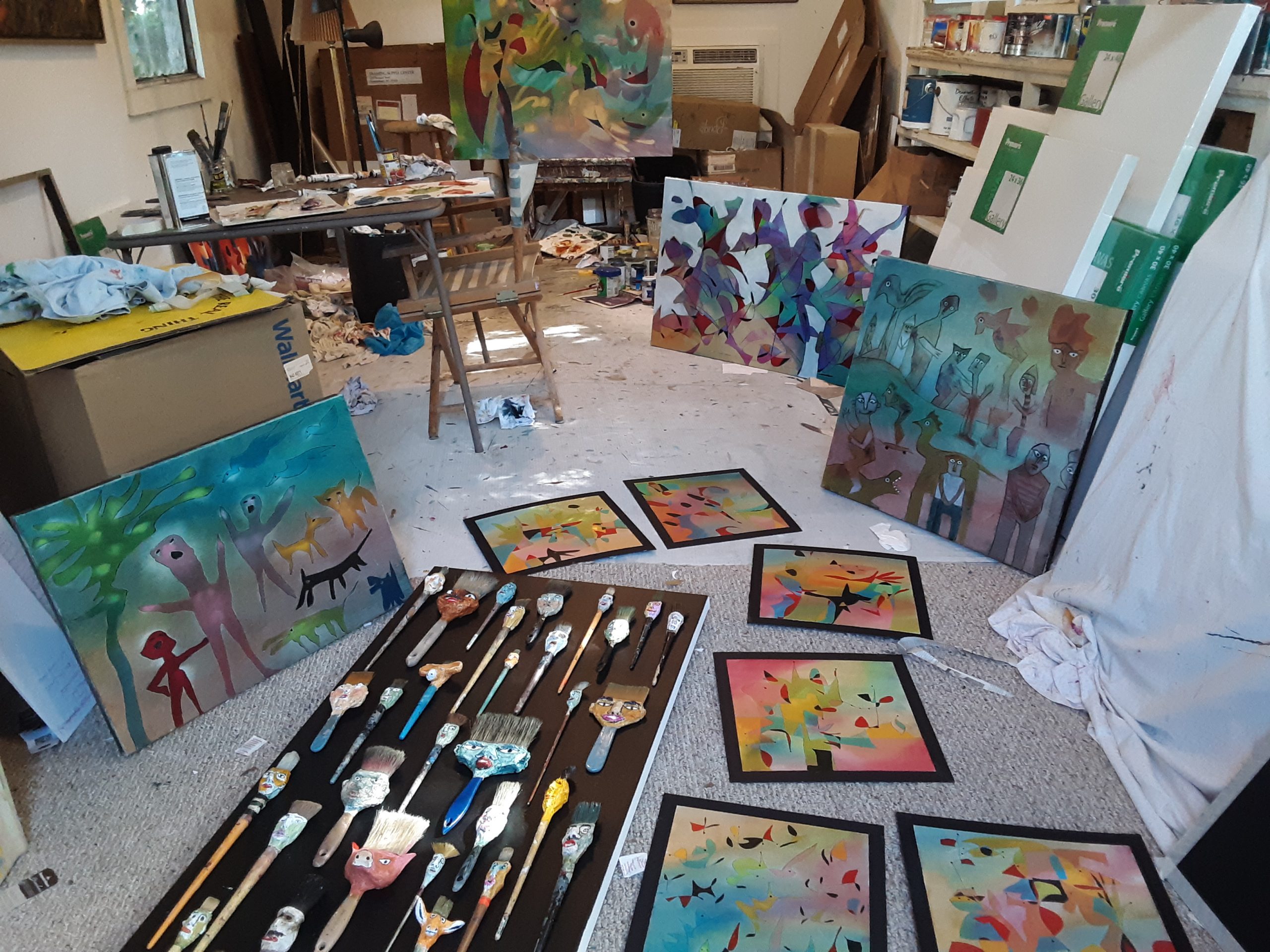