My current body of work is inspired by contemporary and futuristic objects and architecture. My sculptural work reflects modern abstract designs that resemble architectural structures. These structures consist of curvilinear and geometric lines and shapes that move the viewer’s eyes around the piece. The negative cutouts and recesses in the sculptures resemble windows or doors that do not reveal the interior space. I am intrigued by how the light and shadow interplay while painting an interesting shadow on the pedestal or wall. The shadow is different depending on the angle at which the light approaches the piece.  The patinaed surfaces on my work reveal an aged or weathered look. I find the juxtaposition of present and past intriguing. I incorporate similar elements into my pottery with the intention of conveying modern designs with interesting lines and angles that draw the user’s eyes around and into the piece.

Brian Evans was  raised in Western Pennsylvania where he graduated in 1993 from Indiana University of Pennsylvania with a B.A. in Studio Art where he focused in sculpture and painting.  He moved to Wilmington, North Carolina in 1995.  He began in ceramics through the Continuing Education program at Cape Fear Community College while searching for an outlet for artistic expression. Brian studied under a Japanese-American Potter named Hiroshi Sueyoshi. He immediately recognized the caliber of Hiroshi’s skills as an artist and took full advantage of his instruction.

From 2002 through 2008, Brian taught Pottery Classes through the Cape Fear Community College Continuing Education Program. He also became a full-time ceramic artist. Since 2002, He has received various awards at Fine Art Shows and Art Festivals. In 2003 and in 2005, Brian was awarded The Regional Artist Grant for New Hanover County, North Carolina. His work can be found in public and private collections across the nation and abroad. Brian is a founding member of the Coastal Carolina Clay Guild in Wilmington, NC which began in 2007. He is currently the Executive President of Orange Street Pottery Incorporated which is a 501c3 organization that includes Coastal Carolina Clay Guild. Brian began teaching at Orange Street Pottery in 2017 and is teaching there currently. 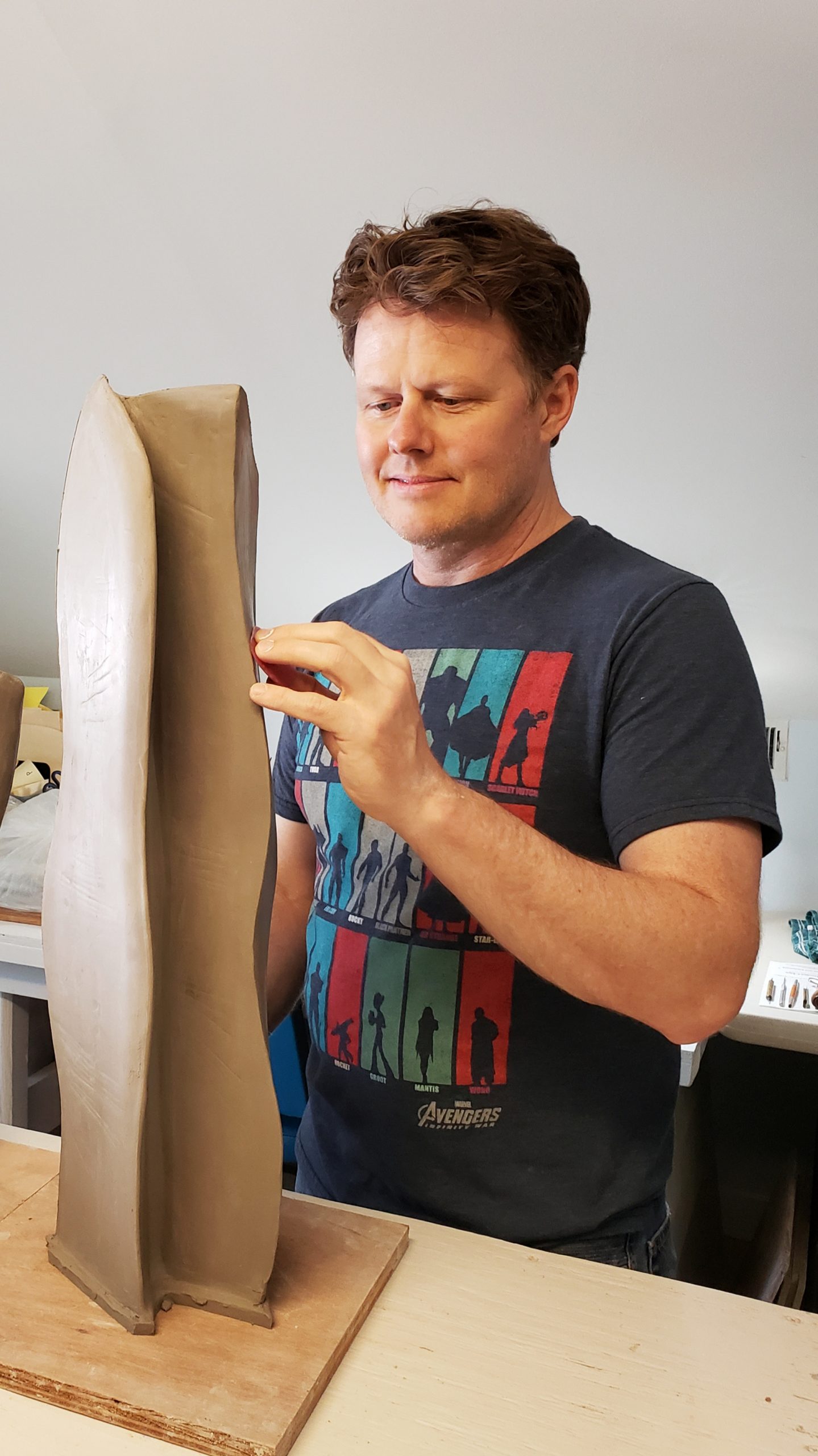